The reference to TEM data by the CRD

In their report, the CRD  displayed data from a Terrestrial Ecosystem Mapping project that had been done of Cordova Shore in 2008 and reported in 2009.   Island View Beach Regional Park is just a part of this greater area known as Cordova Shore.

The CRD failed to show the following limitations of the TEM report as disclosed by  the authors, which would lead the public to give this greater credence than it may deserve.   See here at page 11-12

3.1 Mapping Limitations
The information and analysis contained in this report are based on observation from the
air photographs, of current land-surface conditions and of current understanding of
geomorphic and ecological processes. Selected field samples describe the ecological
conditions at the sample points.
Quality and accuracy of mapping is influenced by
• Air photo scale and quality
• Transfer of line work
• Skill and experience of the mappers
• Field survey intensity levels (TSIL and ESIL)
• Complexity of the terrain and ecosystem units
• Quality control procedures
• Budget

Ecosystem descriptions may be constrained by limited field sampling (insufficient plot
data to adequately classify the typical plant assemblage and site conditions). The
extensive nature of disturbance and introduced species throughout the study area may
misconstrue ecosystem classification and interpretation. Some ecosystem units were not
sampled, for example the Ws51 and FC units. Soil pits were not excavated therefore
SMR, SNR, soil classification and material classification are not well defined for
ecosystems. Not all polygons were visited thus the mapped unit or proportions in the
polygon may need adjustment with additional field survey.

The CRD also failed to disclose to the public that at the time TEM data was collected, the flapper gate on the Tsawout drainage ditch had been broken in an open position for many years.  The result was that the Tsawout flat lands and Puckle Farm were frequently flooded with salt water for months at a time due to this non-natural occurence, which TEM mistakenly reported as a salt marsh.   See here

This is Puckle Farm flooded with salt water from the failed flapper gate on the Tsawout ditch, typical of when the TEM data was gathered 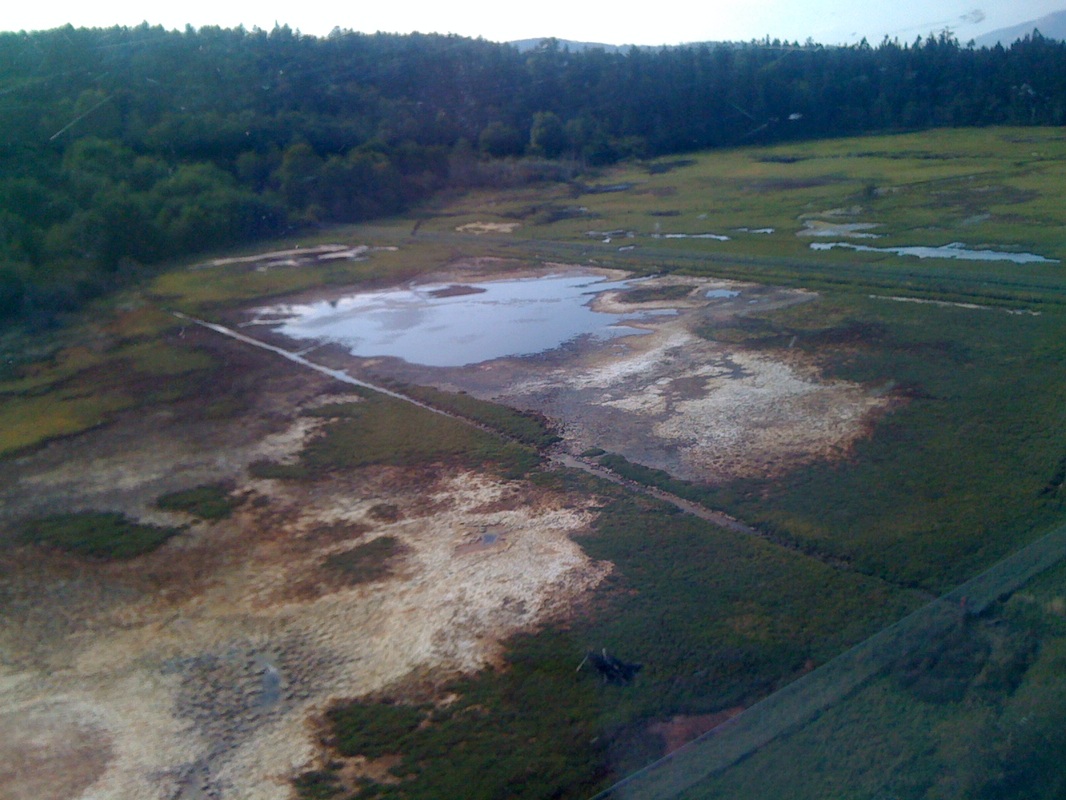 This  is Puckle Farm after the flapper gate on the Tsawout ditch had been partially repaired and the sea water no longer flooded back up the ditch in sufficient quantity to flood Puckle Farm.  The land is beginning to recover from the lengthy immersion in salt water. 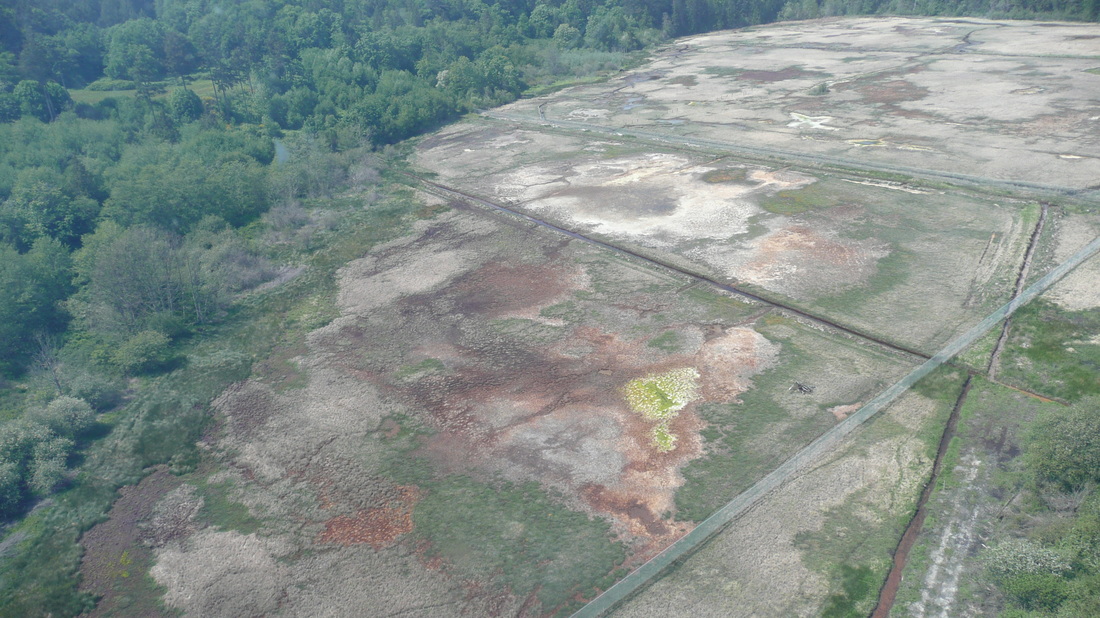 Following are the pages on TEM used by the CRD in their presentation.   Given the limitations described by the TEM authors, and the fact the TEM data was collected during a period of human caused salt water flooding,  their use by the CRD was questionable.   The CRD had been made aware of these limitations before the public meetings. 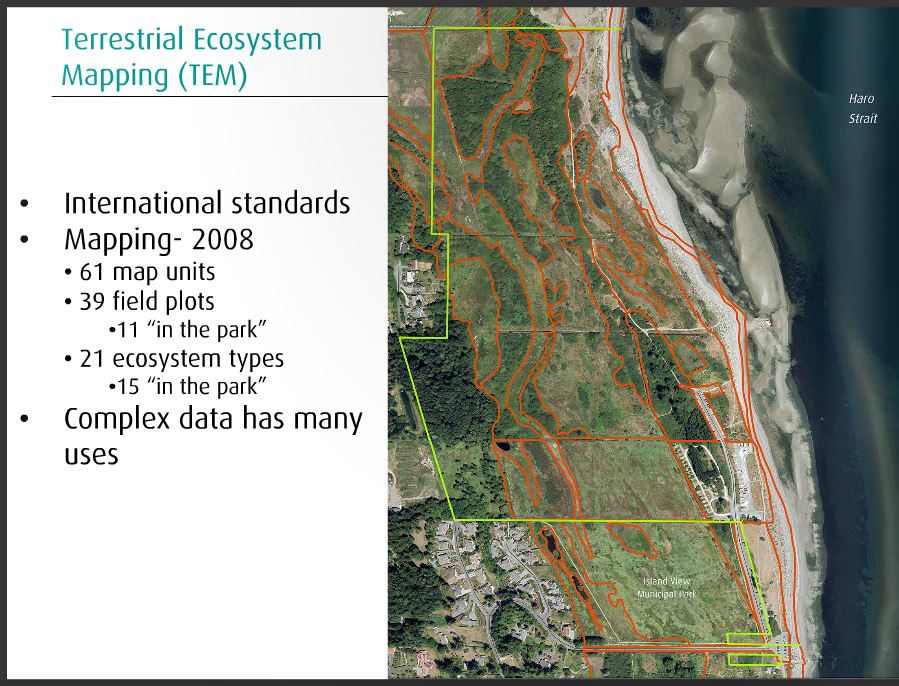 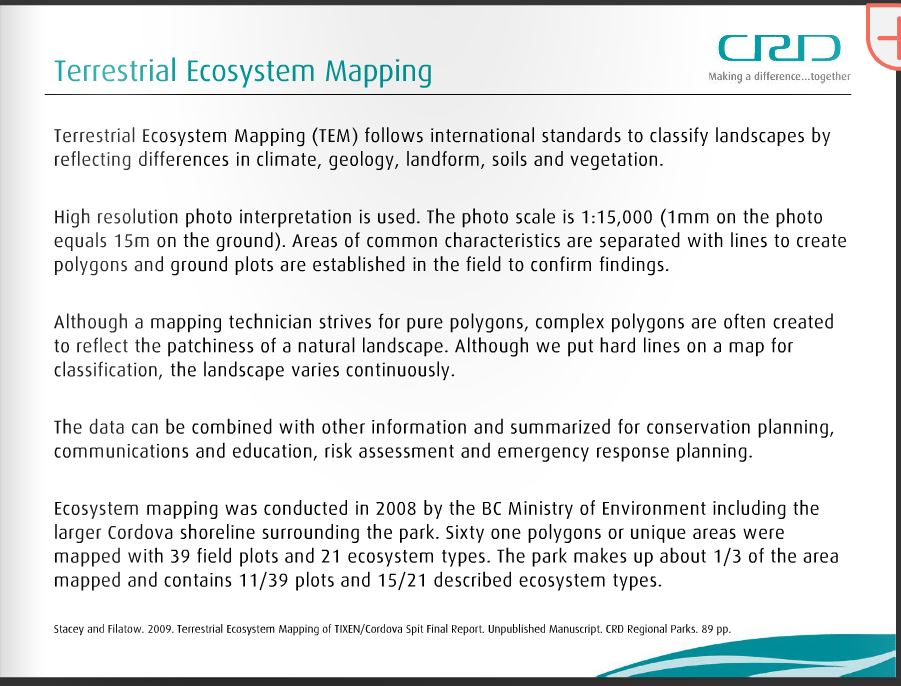 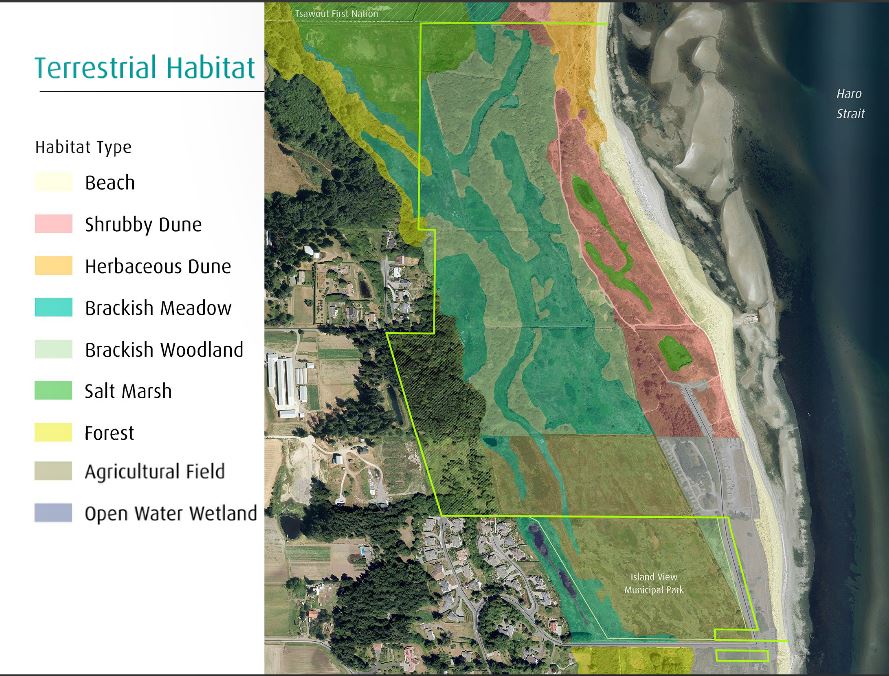 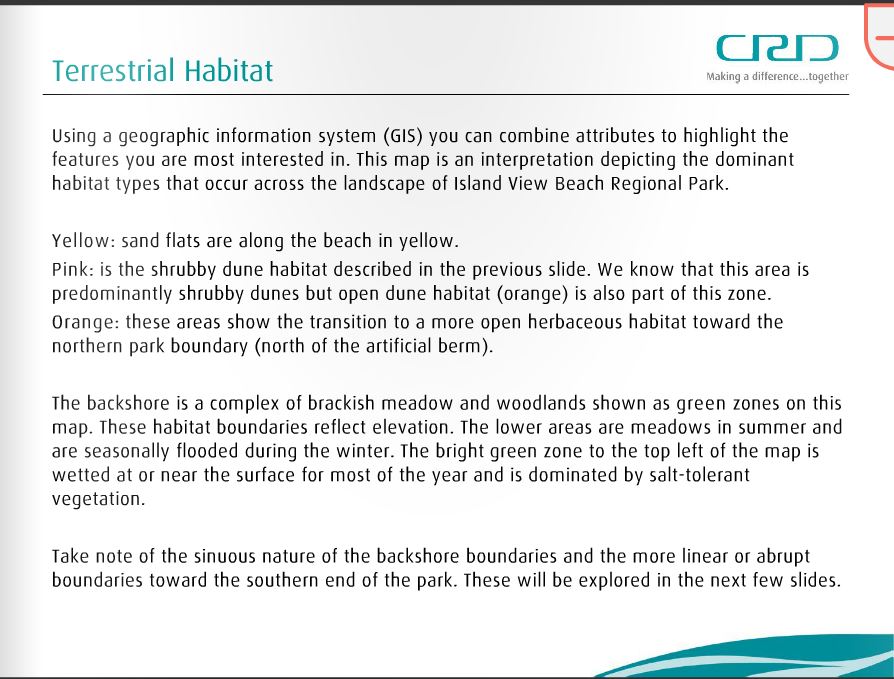 Because the TEM process used data from 2005 when the man made flapper gate had failed on the Tsawout drainage system and caused widespread, man made, salt water flooding for more than 20 years, the TEM approach wrongly reported a salt marsh in the north west.   Despite knowing this is not a salt marsh the CRD continued using that TEM report through all its presentations to the public in 2015, showing a salt marsh where they knew there is not one.  See here

That flawed TEM report was used by the CRD at all the public presentations in giant poster form, and would be misleading to any who looked at it.

The CRD ditches were cleaned by Central Sanich in 2011, and the Tsawout flapper gate was partially repaired in 2012, and the land began to recover.   Any TEM reports taken from photographs prior to then would be inaccurate.