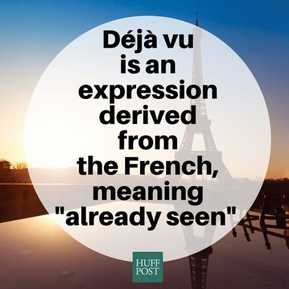 Following are articles from the "Review" and the Times Colonist in 1987 and 1988 that show the forces then working to reduce recreational use of the park.   Then it was horses.  Today it is people. 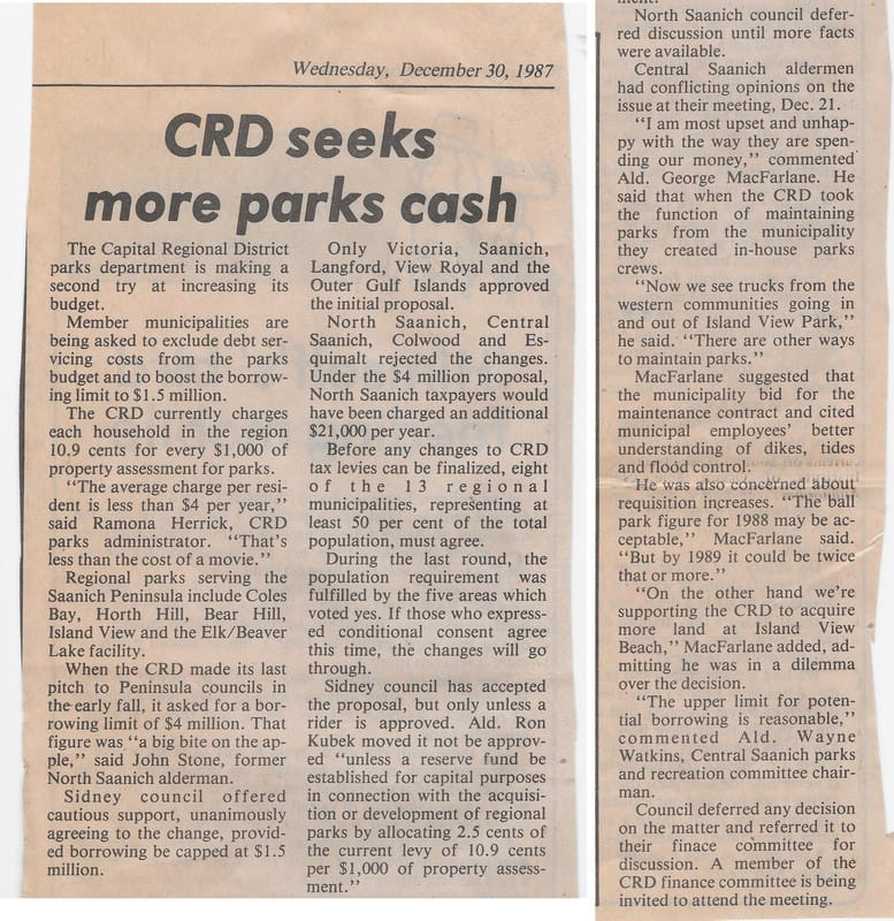 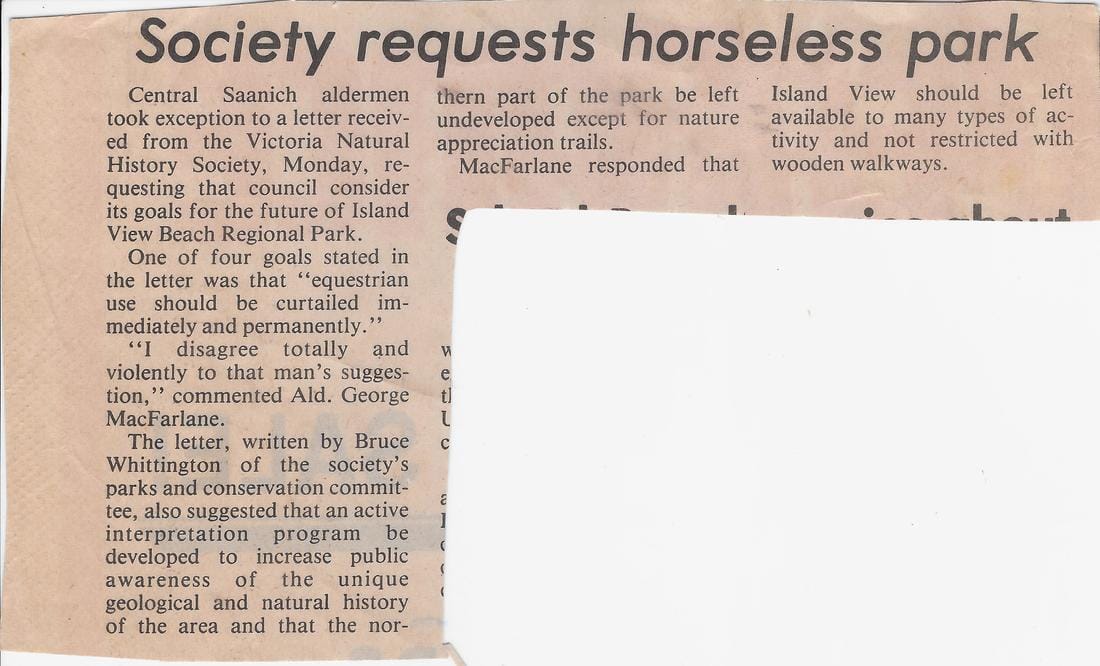 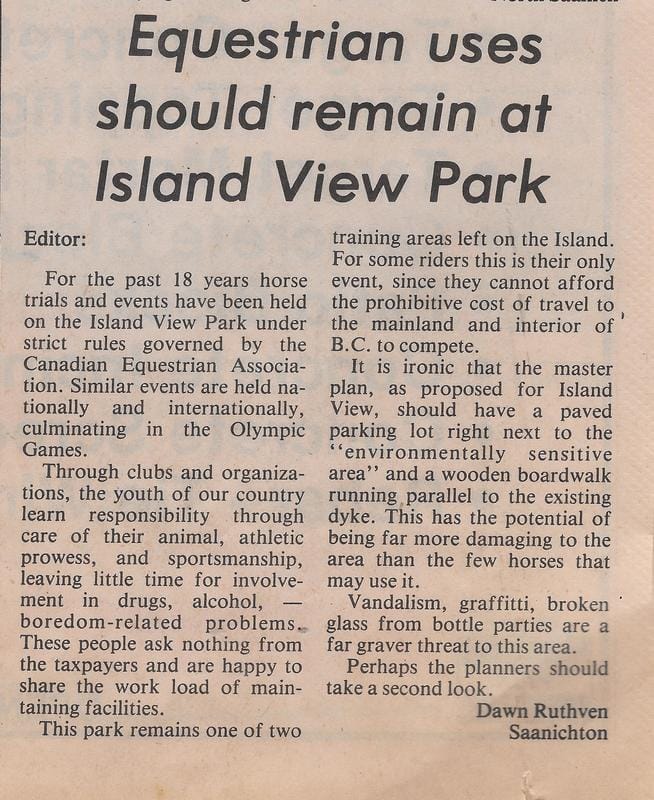 Per Ald. Wayne Watkins, Chair of the council's parks and recreation committee:   "I suggest the planners have to be strongly reminded by the CRD of the history of use of Island View Beach."

Per Ald. George MacFarlane:  commented that recommendations by residents for planning of the park have not been accepted.  "They are not being treated fairly."

Per Ald. Eric Lewis "We have to tell the CRD that we are sick and tired of it.   Every week we harass their (residents near Island View Beach) way of living.   Why can't we just settle this once and for all?" he asked citing the considerable amount of time council has spent on the Island View Beach problem.

Flora Michell, part owners of a parcel of land at the beach said horseback riders have been using the property for years and "never once did we have a problem."

CRD Parks Committee Chair Norma Sealey said she was not happy and "I think the master plan is incomplete."  "As long as there is a perception that people's concerns have not been listened to, then you get that kind of reaction that we've received.  A great deal more has to be done."

Central Saanich Mayor Ron Cullis criticized the master plan for making recommendations that did not reflect the opinions that were received.   He said the process for putting together recommendations for the park will have to be repeated. 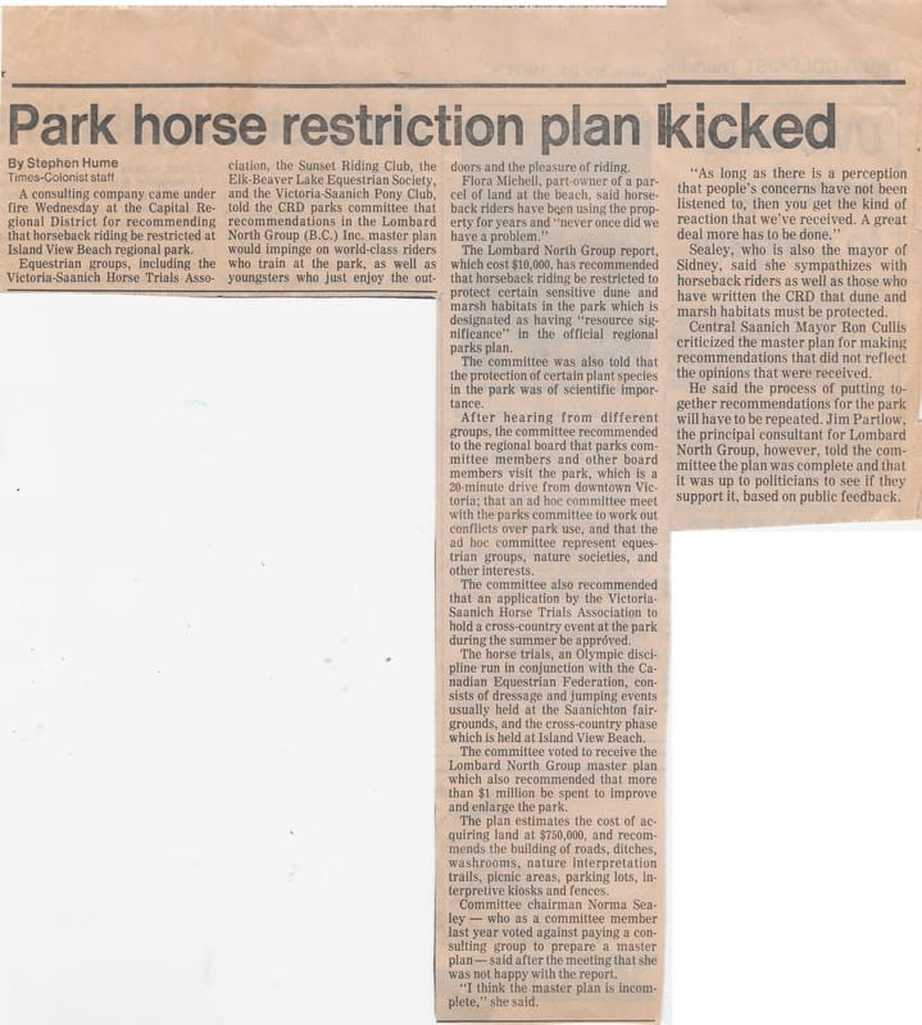 Equestrians were given a limited "Licence of Occupation" to use Island View Beach Regional Park in the 1989 park bylaw, but that was cancelled by the CRD within a few years, and equestrains were banned from the park.

The Friends of Island View Beach have supported equestrian use of the park in the current discussions about a new park plan.   The latest draft plan included a bridle trail in the park and two beach access points for equestrians.
​