The public boat launch does not appear in the 1953 aerial photograph (see here).  The existing boat ramp was built by volunteers around 1972 under a Federal Government L.I.P. grant.

CRD staff want the property owners of the Cowichan Head bluffs to be stopped from stabilizing those bluffs so that they will collapse into the sea and be washed north along the beach to become sand for the sand dunes on the Tsawout lands.

The CRD staff claim the public boat launch hinders that sand from getting to the Tsawout and they want the boat launch removed.

In 2009 the owners of James Island complained to Central Saanich about the condition of the boat ramp and offered to make the repairs and keep the boat launch maintained themselves.  Central Saanich was in support but asked the CRD for their opinion (why?) and by letter of June 15 2010, the CRD wrote back blocking the work, saying “In summary, Regional Parks appreciates that the boat launch provides many important public benefits but at the same time has concerns about its potential ecological impact on the Cordova Shore.  Regional Parks suggests the potential impacts need to be addressed in decision making about any improvements to the boat launch.”

p. 22      “…… an old boat launch, and an ocean outfall for the park’s ditch
system. These structures may be disrupting the northward drift of sand, which could contribute to altered beach erosion and accretion patterns. The impact of these structures on the park’s coastal sand ecosystem is not fully understood.

It is incumbent on park managers to address these impacts to the coastal sand dune ecosystem through targeted protection and restoration measures that address ecosystem and species at risk issues.”

• Work collaboratively with Central Saanich and the Province on upkeep of the public boat
launch if this is determined to be a shared responsibility.


The Friends of Island View Beach made a recommendation to Central Saanich Council in October 2015 that the boat ramp be fixed.  We also offered that one of our members would put together a group to find ways this could be rebuilt.  While Council acknowledged the value of the boat ramp, they took the the view that it belongs to the CRD and they have asked the CRD to fix it.   CRD staff however, have said in the past they want the boat ramp removed, so to now ask them to fix it may not lead anywhere.

Who does own the boat ramp?
The boat ramp is mostly built on the shore which is Crown land.  It seems that when the ramp was built in 1972 that no lease was taken for it.

Yet the CRD draft plan in 2013 said at page 57:  "Assess ownership and responsibility for the public boat launch"

It might be more accurate to say the boat launch is located "outside the park at the end of Island View Road".


The Friends of Island View Beach take the position:

·      The value of the boat launch is well known and it serves an important public purpose.  It should be kept, and the offer of James Island to fix and maintain it be accepted. 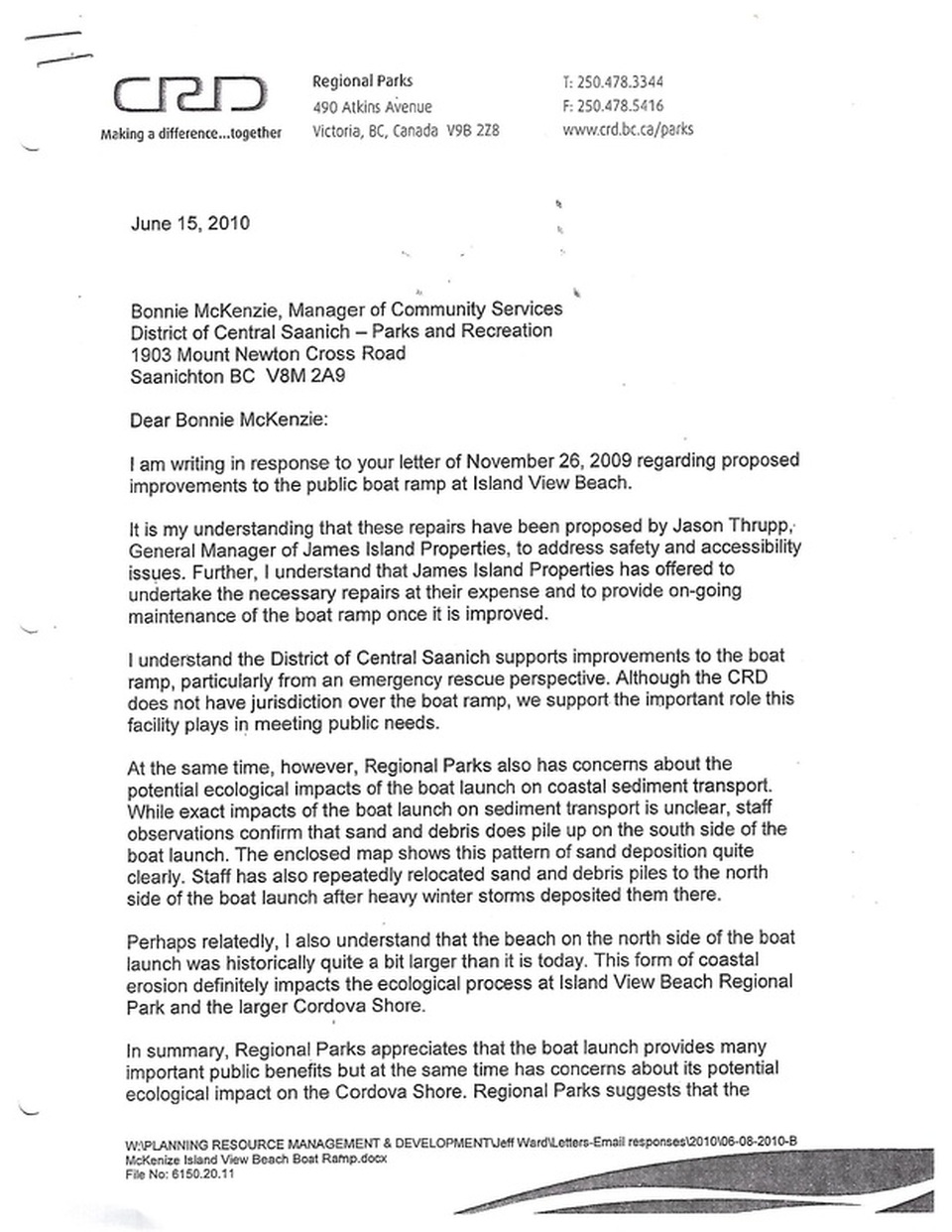 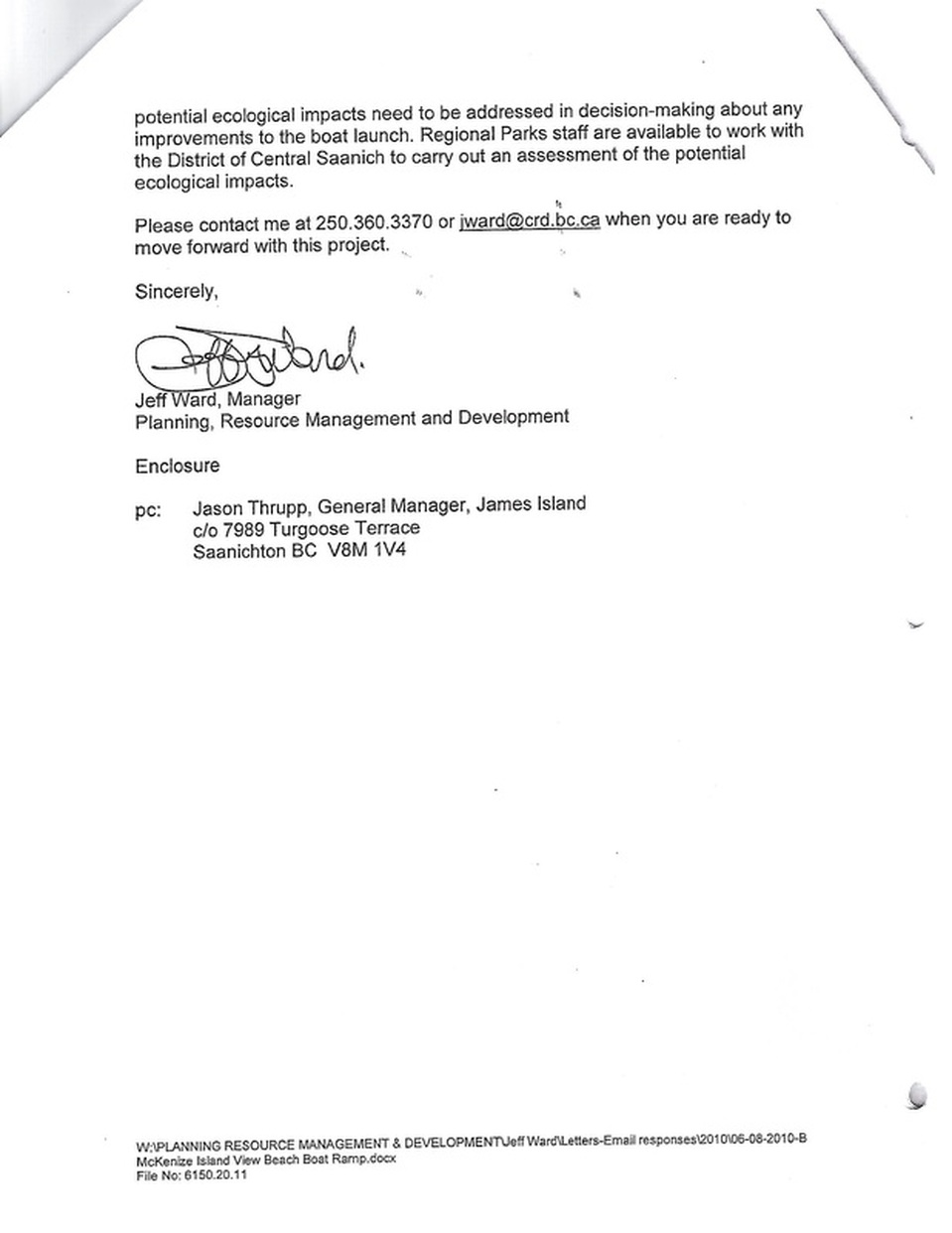 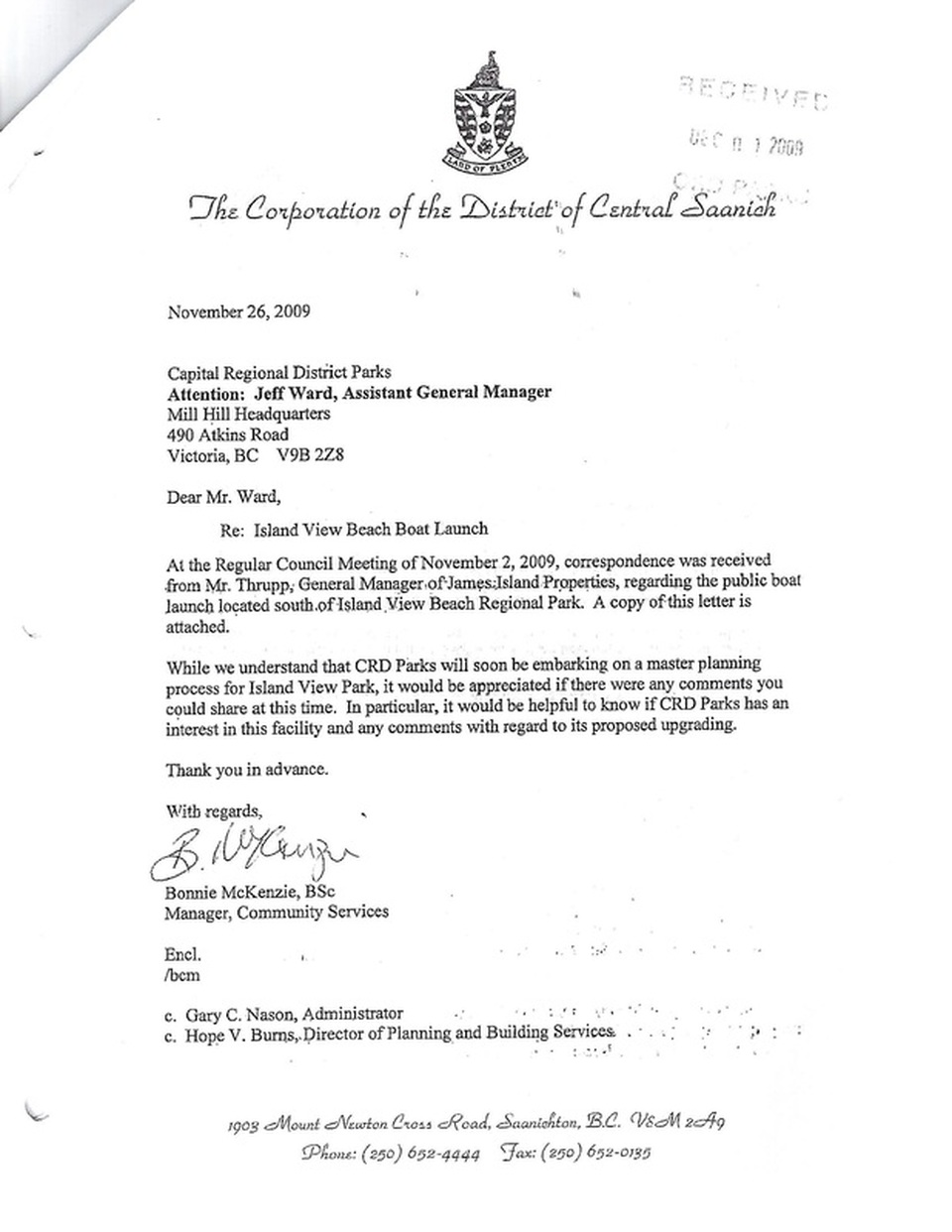 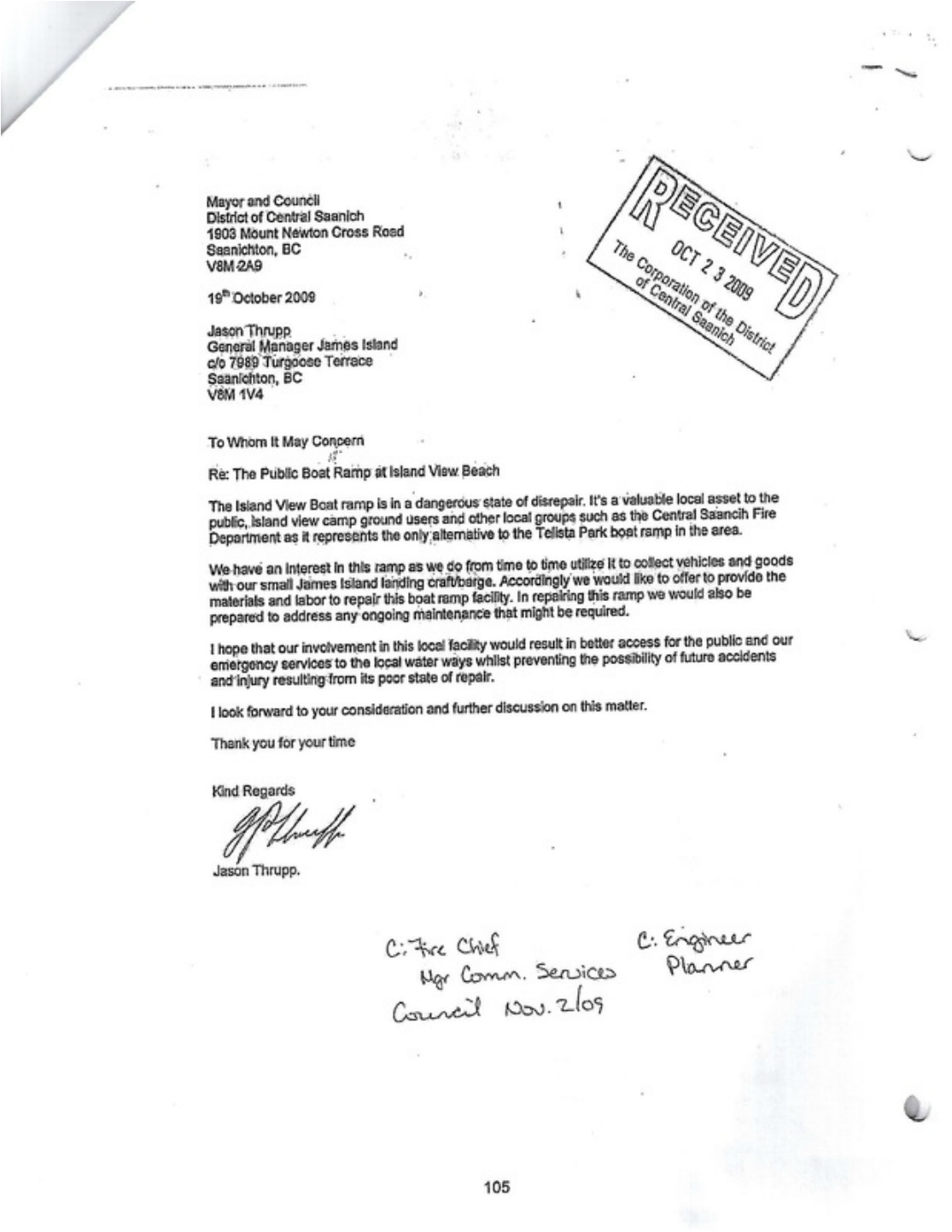