In January 2014, one of the flapper gates on the park drainage system failed, allowing salt water to flood back up the park ditches as far back as Puckle Farm in the north, and Michells farm land south of island View Road.

The map above shows the park drainage system in blue.  The map was rotated left in order to fit it on the page, so the top is east, not North.  The flapper gate that failed was the secondary one, which raises the question what happened to the primary one in the sea.

The second flapper gate  at Island View Beach broke in January 2014 allowing the sea to flood through the 32" pipe (<1m) into the flat lands at Island View Beach, 1km to the south into the Michell farm lands, and 900m north into Puckle Farm, and ditches along the way have overflowed their banks with this sea water.    All this flooding of sea water from a small pipe, 32" (<1m) in diameter!

This gives a clue to  the devastation that will occur to the park and surrounding private and public lands  when the sea breaches the damaged sand berm at the north end of the man made sea wall unless that is repaired by the CRD.  That repair was requested in 2012 by Central Saanich Council and a 500 signature public petition.

Showing the effects of the flooding 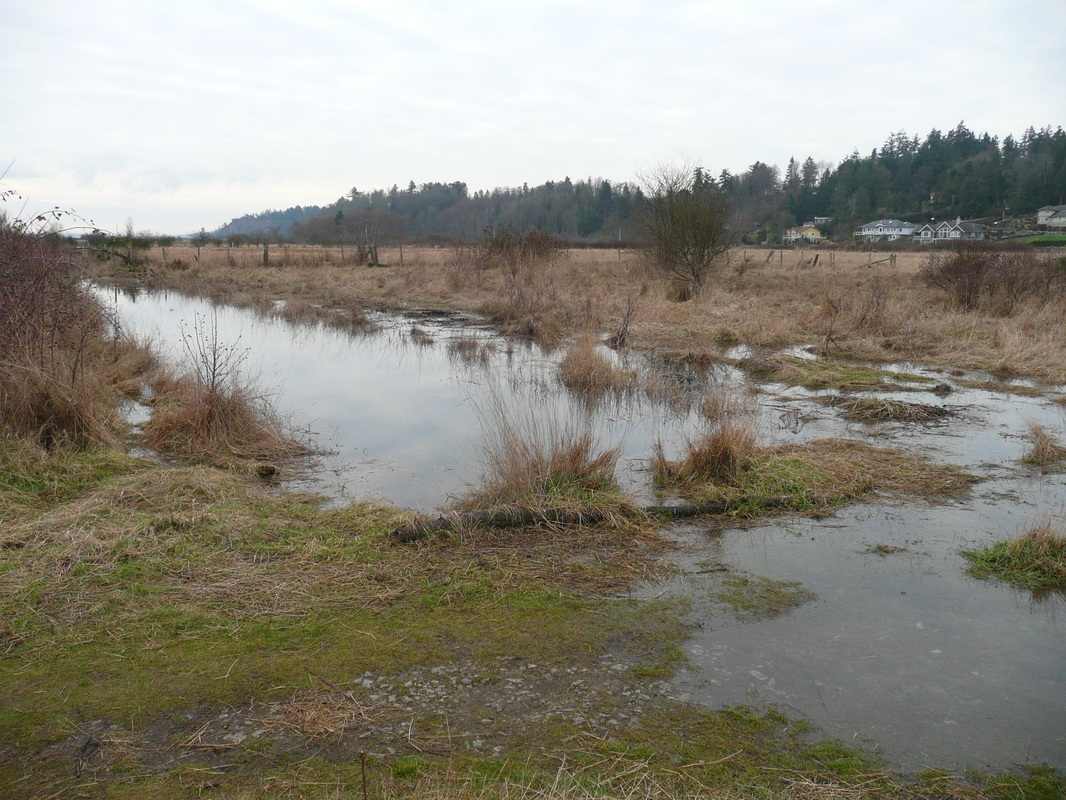 The main ditch looking south, accessed off the trail from the north end parking lot. Flooded and overflowing its banks with sea water. 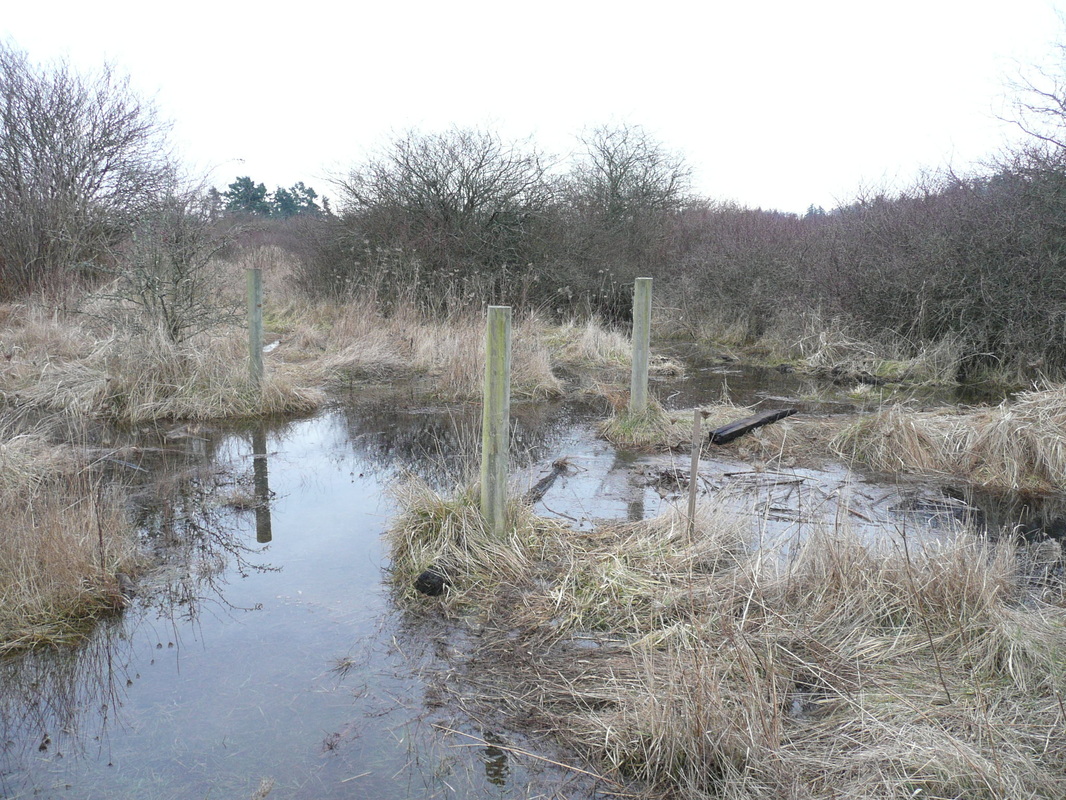 Sea water flooding in the park. A ditch runs left to right with a culvert between the posts. This is sea water and harmful to the natural vegetation. 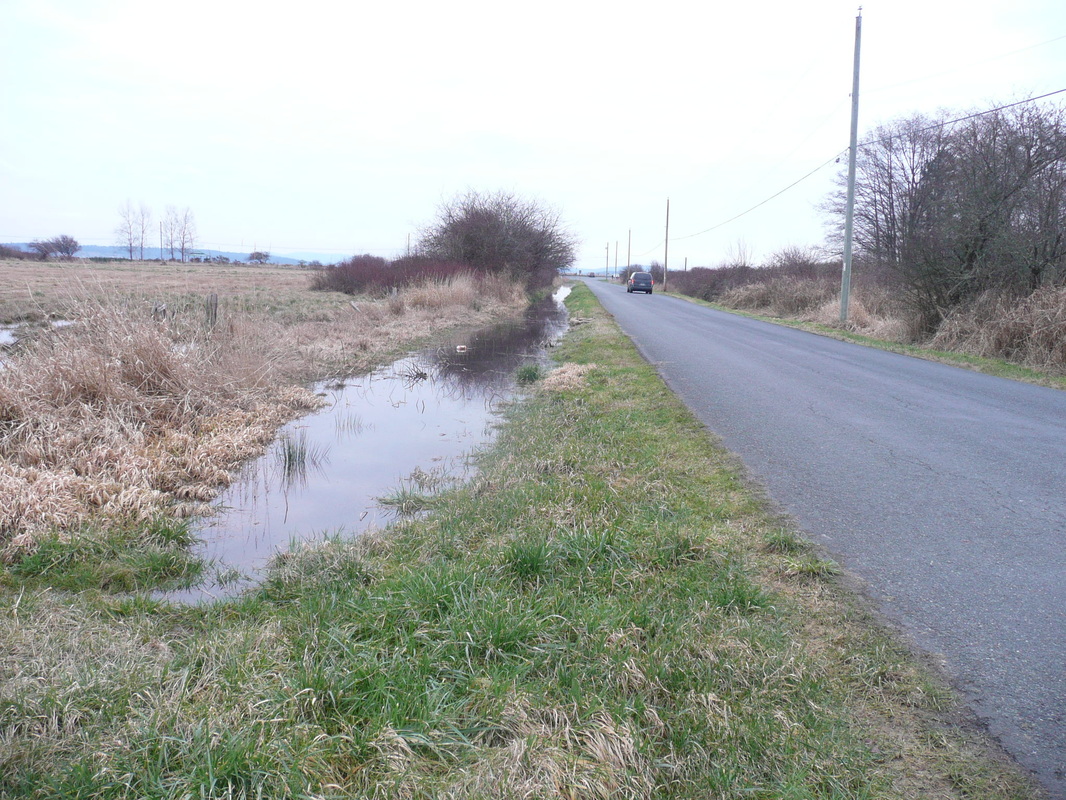 Sea water flooding in the ditch alongside Island View Road - 1km from the broken flood gate! 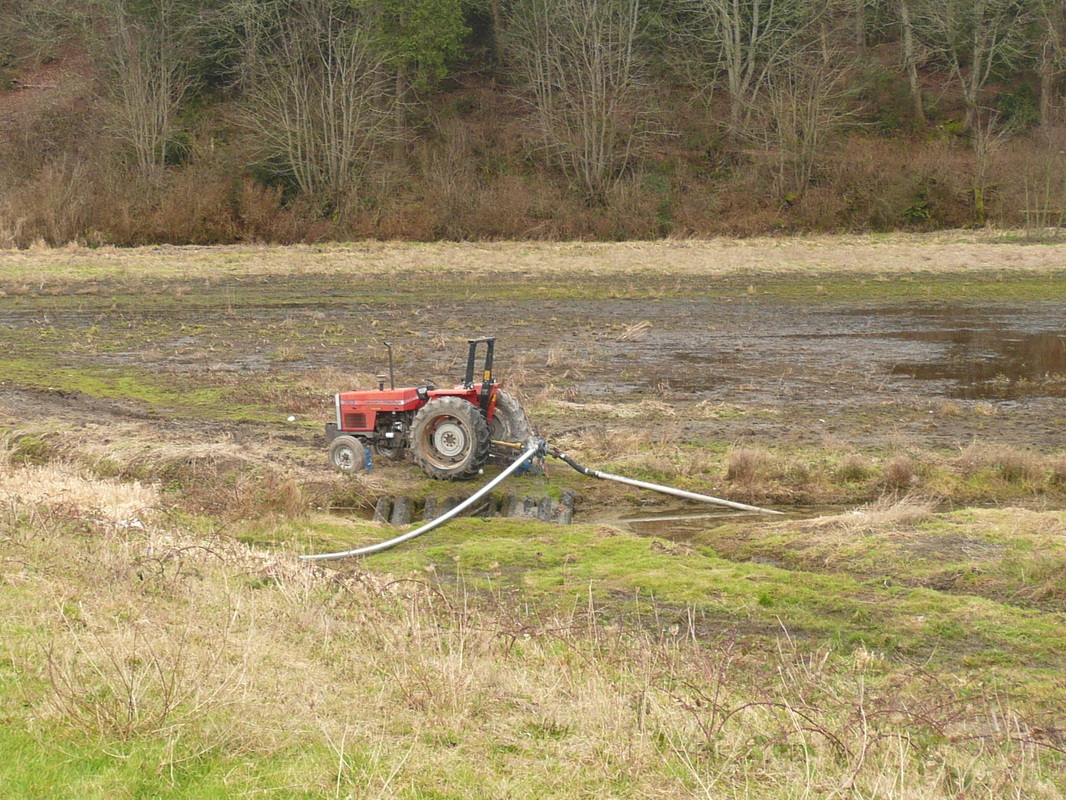 Pumping out the sea water from the Michells farm fields. 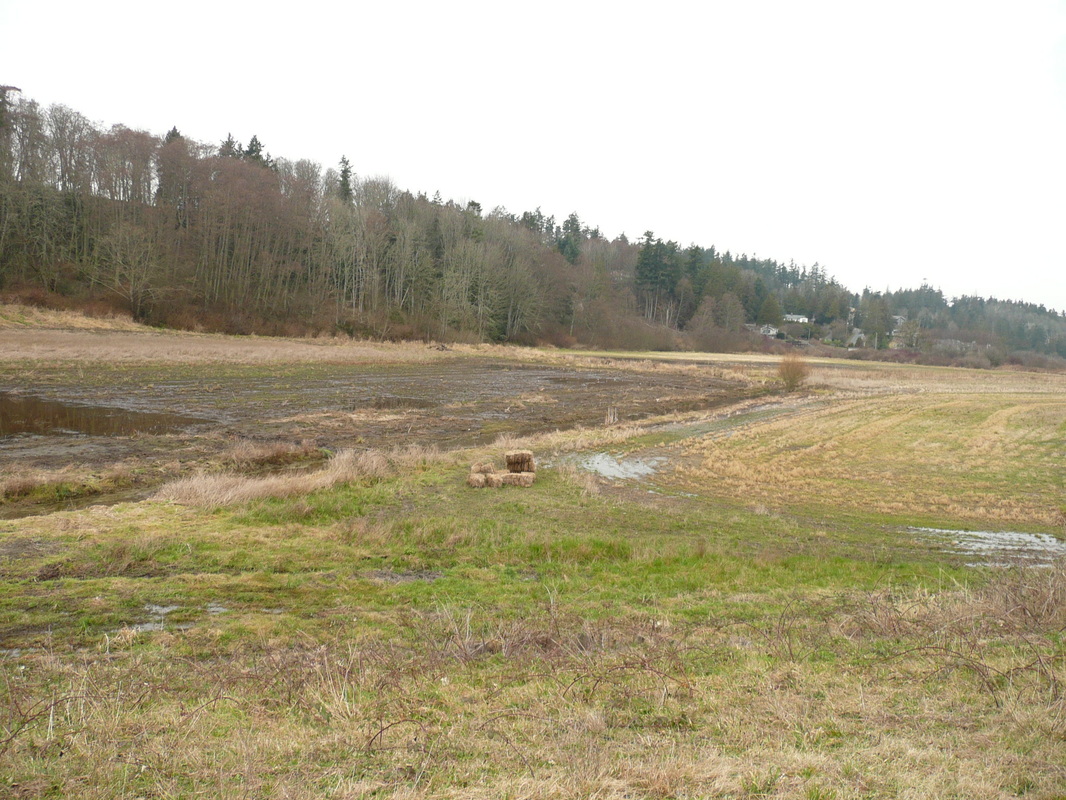 The Michells farm fields. The dark area on the top left is what was flooded with the sea water and shows the damage caused to vegetation by salt water. The field on the right was not flooded with the sea water and is undamaged.
Following are videos of the area.  We seem to be having technical problems with these - if they cut out prematurely try replaying them again.
How flat this land is! 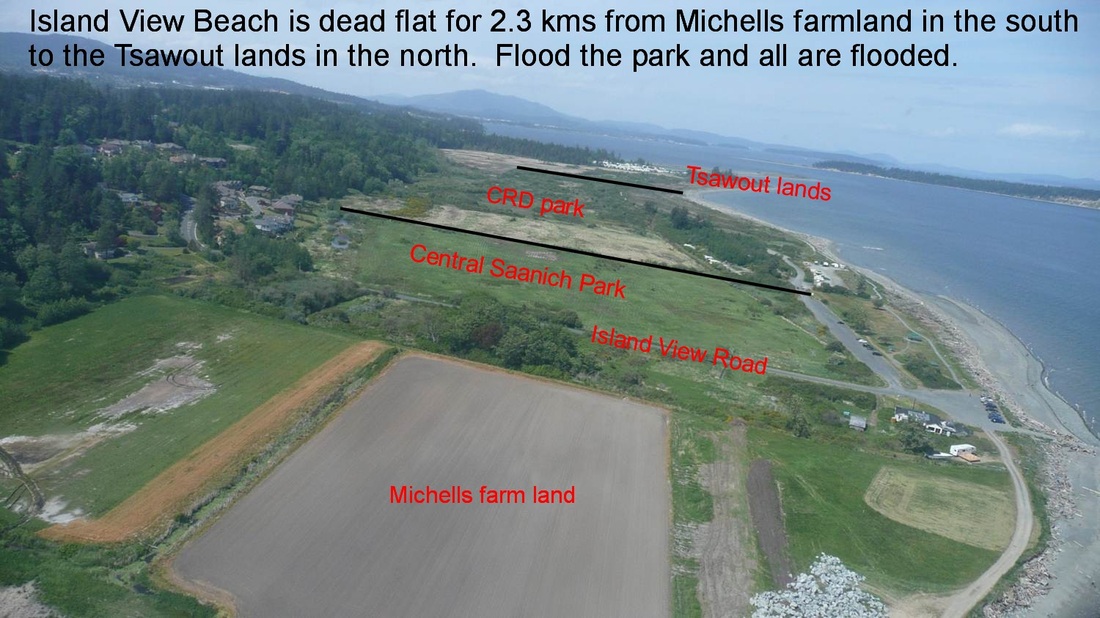 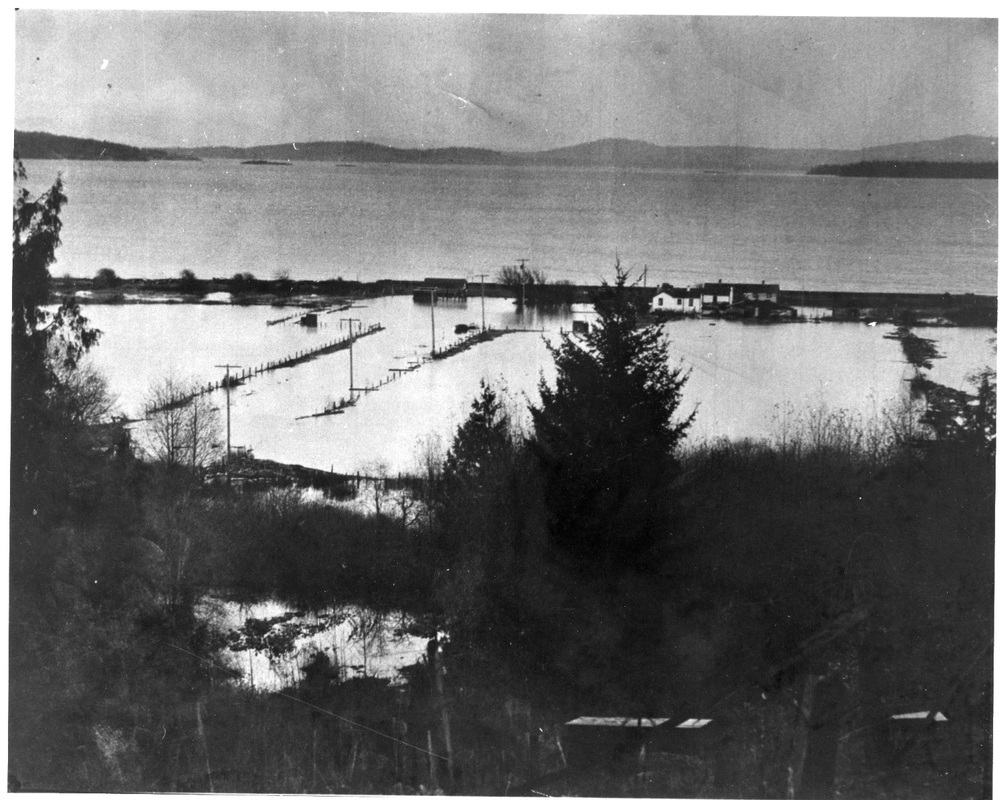 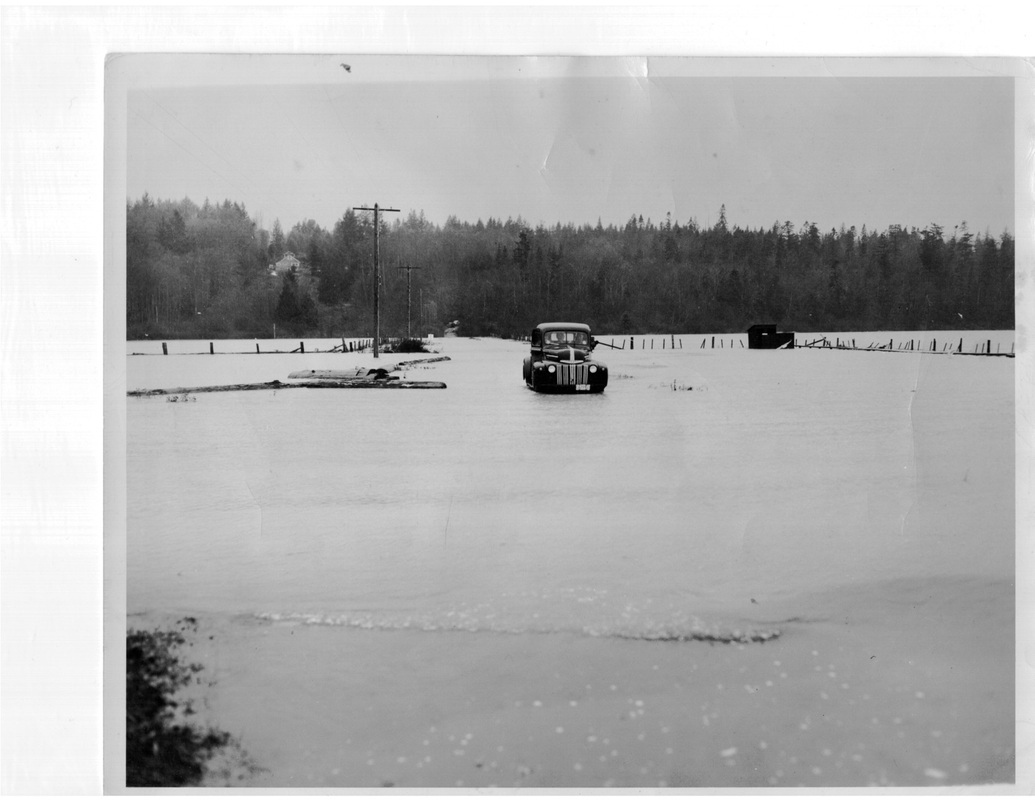 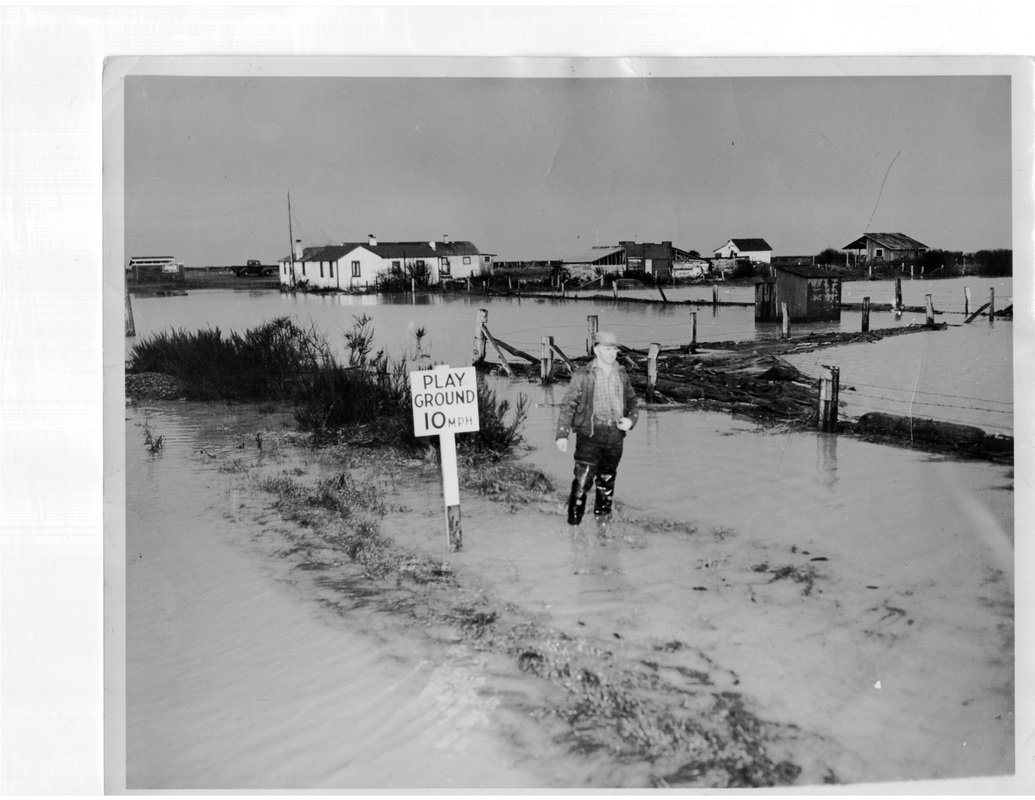 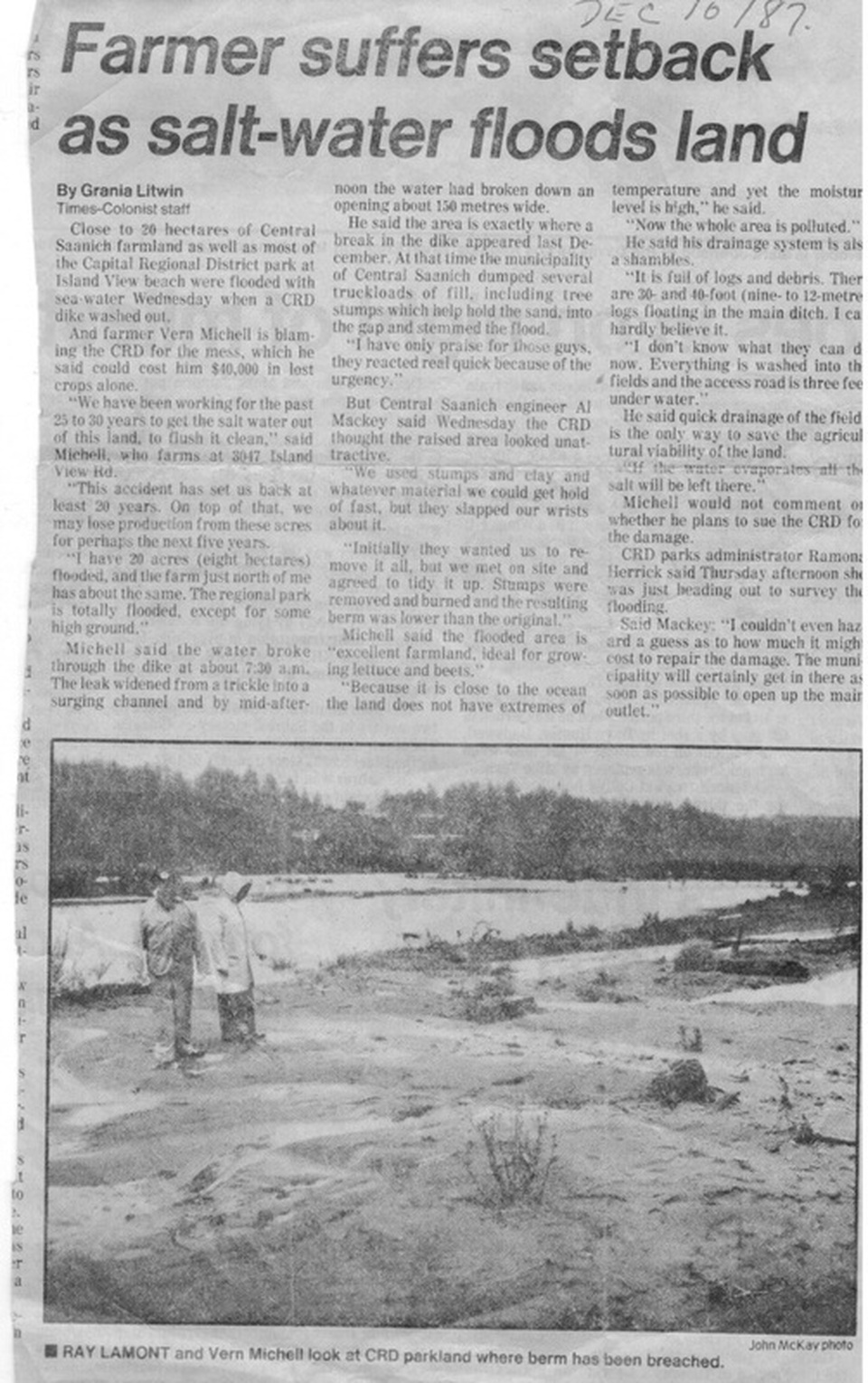