Georgia Basin Bog Spider
This small (1 cm) wetland spider has a very limited global distribution, occurring in the Georgia Basin and western Washington State. In Canada, it is known from only 4 sites in southern British Columbia. These populations may become threatened over a very short time period. The greatest threat is inundation by sea water since three of the four known sites are less than 3 m above sea level and are at risk from projected increases in the frequency and severity of storms.     [November 12, 2015 http://www.registrelep-sararegistry.gc.ca/virtual_sara/files/cosewic/sr_Georgia%20Basin%20Bog%20Spider_2013_e.pdf ]

Threats
The Georgia Basin Bog Spider is located far from areas used by park visitors and is not under threat by them.  No protection from park visitors is required.

The greatest threat comes from flooding the park with sea water.    Low lying areas of the park were flooded with sea water for approximately 2 weeks in January/February 2014, and it is not known if this effected the Georgia Basin Bog Spider then.  See here about that 2014 flooding

There is now a report that the American Bullfrog has been identified in island View Beach Regional park.  This voracious feeder is known to eat spiders, and may be a threat to the Georgia Basin Bog Spider in the park.   See here about the American Bullfrog
​
Royal BC Museum
We acknowledge with thanks, the data shown below provided by the Royal BC Museum in February 2015. 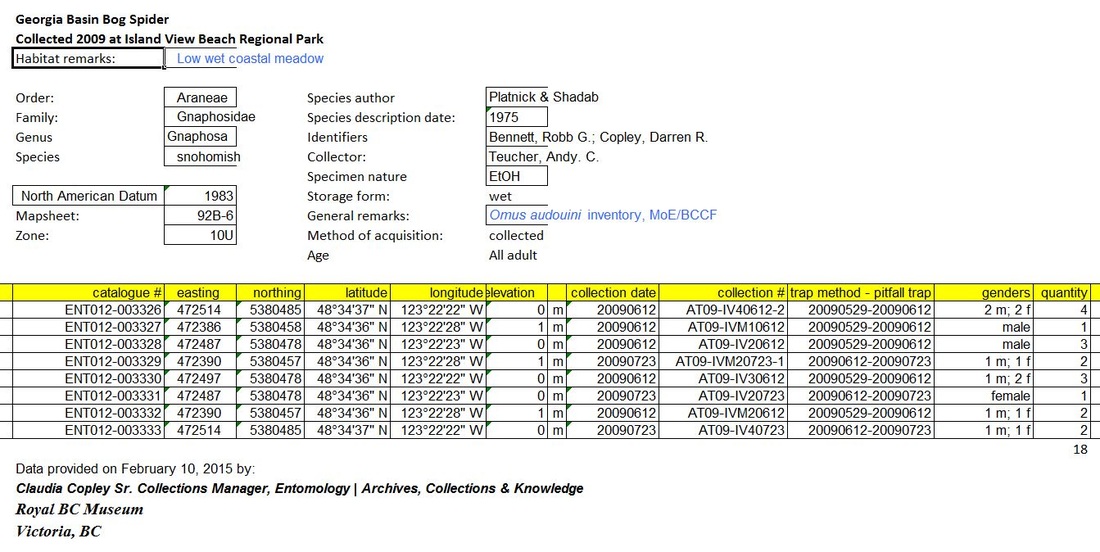 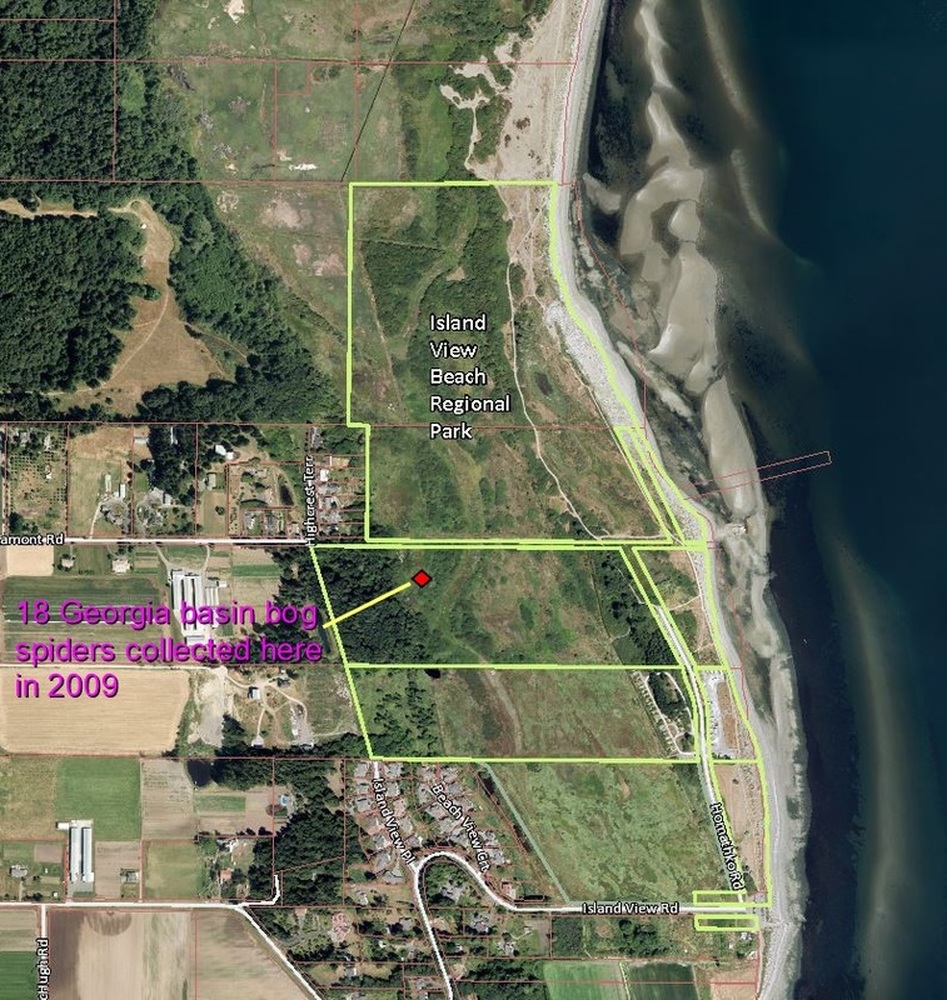