Strong south-easterly winds hit Island View Beach around noon on Saturday, December 5, 2015 during a high tide of 3.14m (10.3').   The storm surge reached close to the top of the sea wall

The first video looks south along the private farm lands.
​The still photo  below shows the back side of the sea wall that was almost breached on Saturday in the video above.   This low land stretches the full length of the Island View Beach flats including the Tsawout lands.   There is a potential for flooding all that flat land up to 2m deep if the sea wall is breached . 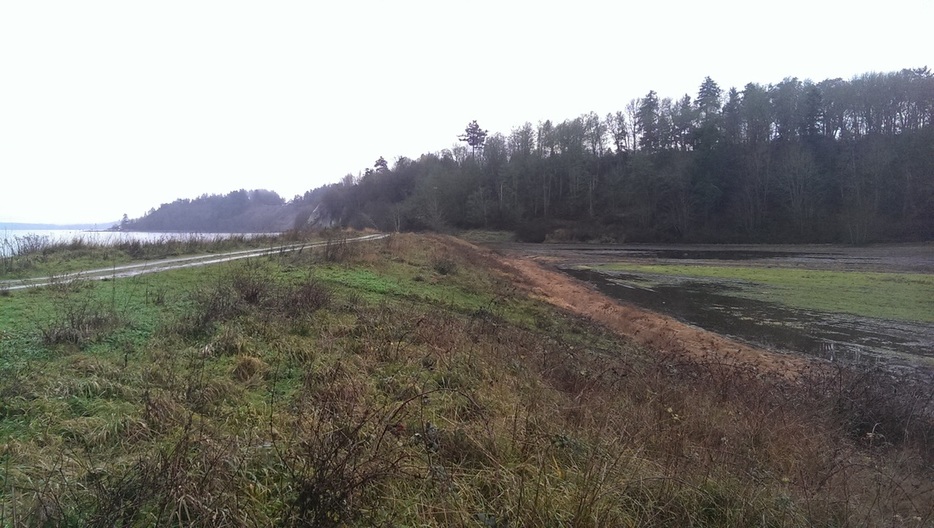 This next video was taken at the Island View Beach Road parking lot.
The potential for flooding in the winter of 2015-16

The main risk is where a storm surge occurs at the same time as a high tide, as happened on Saturday, December 5th, 2015.  As we face 52 more high tides by January 31, 2016 there is a likelihood of this happening.


This next photo shows the Island View flat lands that will be flooded if the sea wall is breached.   By the nature of the coast line, the Tsawout land appears unlikely to be breached in the immediate future - the risk lies in the sea wall owned by the four property owners to the south of the Tsawout lands - the CRD, The District of Central Saanich, and the two private properties to the south of Island View Road.  What is essential to appreciate, is that the breach of the sea wall of any one of those owners will flood all the flat lands.  It is pointless to safeguard one stretch of sea wall and not another - there must be a coordinated approach by all 4 owners to maintain their portions of the sea wall, and a common emergency contingency plan for the immediate repair of any breach. 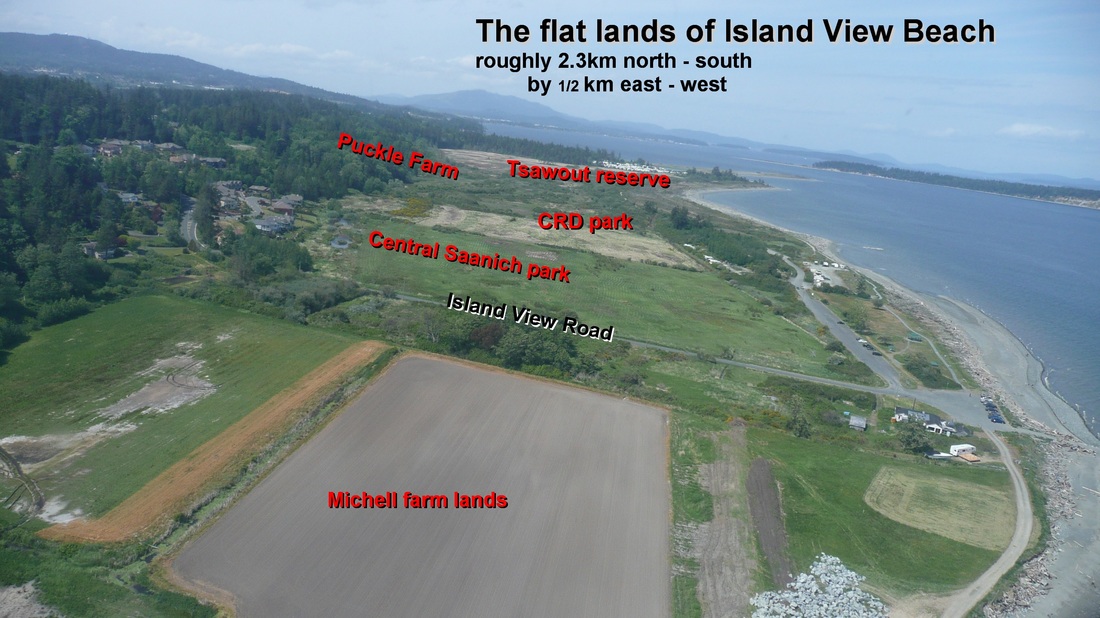 The CRD have published a report showing that all the island View Beach flat lands will be under water in just 35 years.  See their map below: 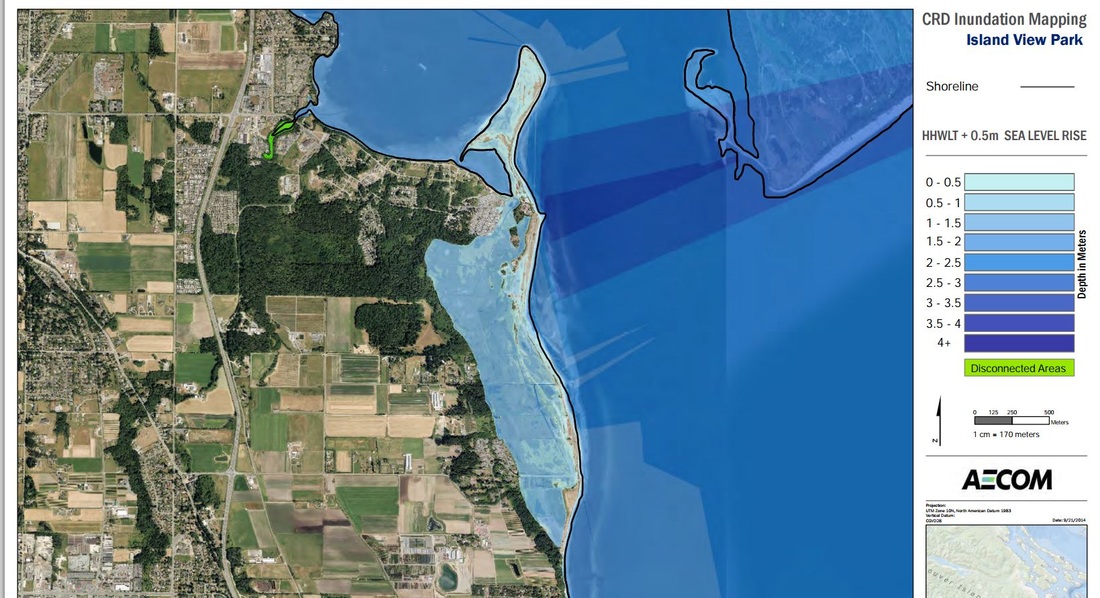