CRD map June 2017
The consequence - and perhaps the intent - of creating a complete exclusion zone such as the Active Restoration area in the NE; and zones where the public are required to be on a CRD trail when there are near to none, such as the Environmental Protection Zone in the north west, and the Natural Environment Zone 2 inside the loop trail, is that the public are effectively excluded from more than 30% of the park.

No justification has been shown by the CRD to create the EPZ, or the NEZ2, or to require the public to be on trail in these areas.   The 1987 CRD Master Park plan; the 2009 Stacey Filatow Report; and the collaborative process between the main user groups between January - April 2017, all concluded that no damage has been done to the park vegetation west of the main north south ditch. 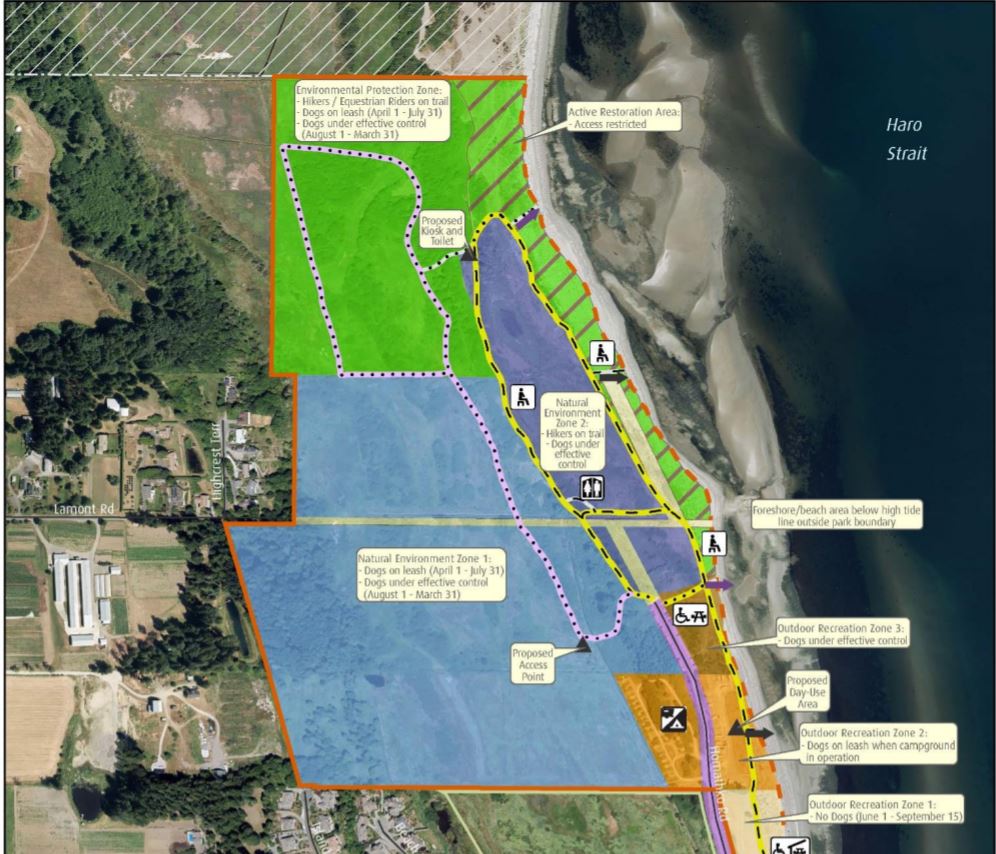