The consultants engaged by the CRD to analyse the response forms that were part of the draft interim plan proposed by the CRD in 2013, reported back that there was not a sufficient response for the results to be statistically valid and that no conclusions could be drawn from them.

In addition, a resident wrote giving other reasons why no conclusions could be drawn from the response forms  - see below.

The Regional parks Chair replied by letter of December 24 2013 confirming "the findings cannot be presented as a poll result".  see below 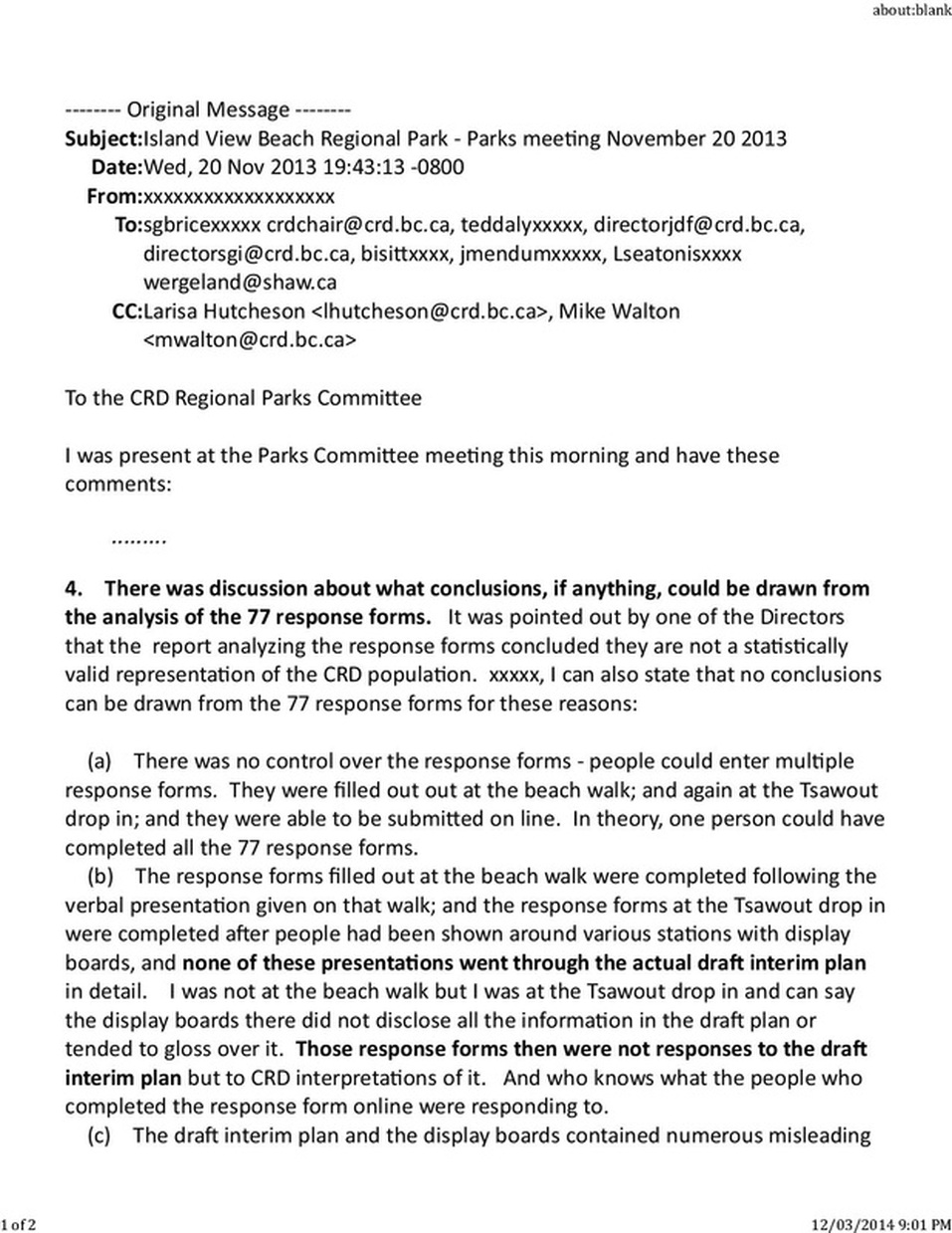 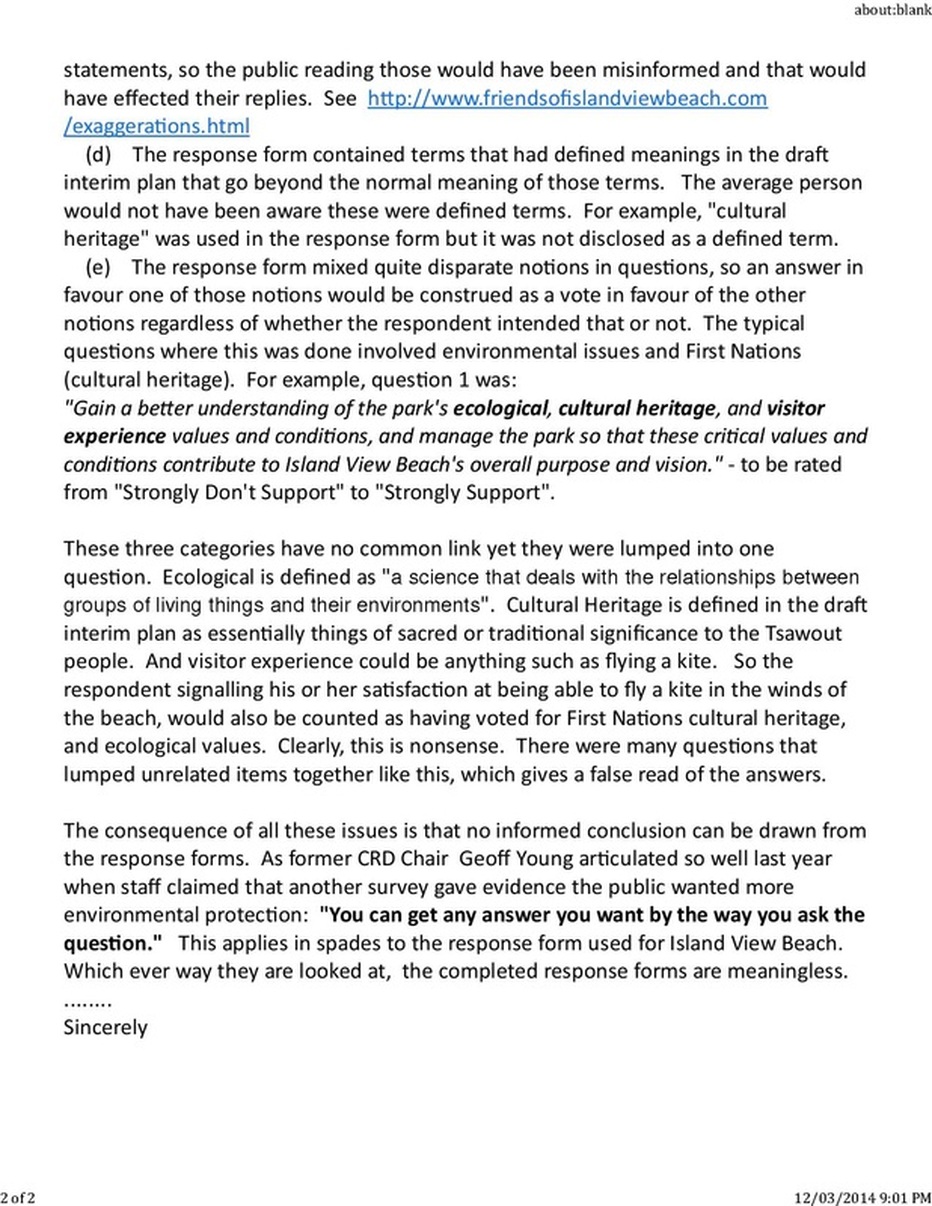 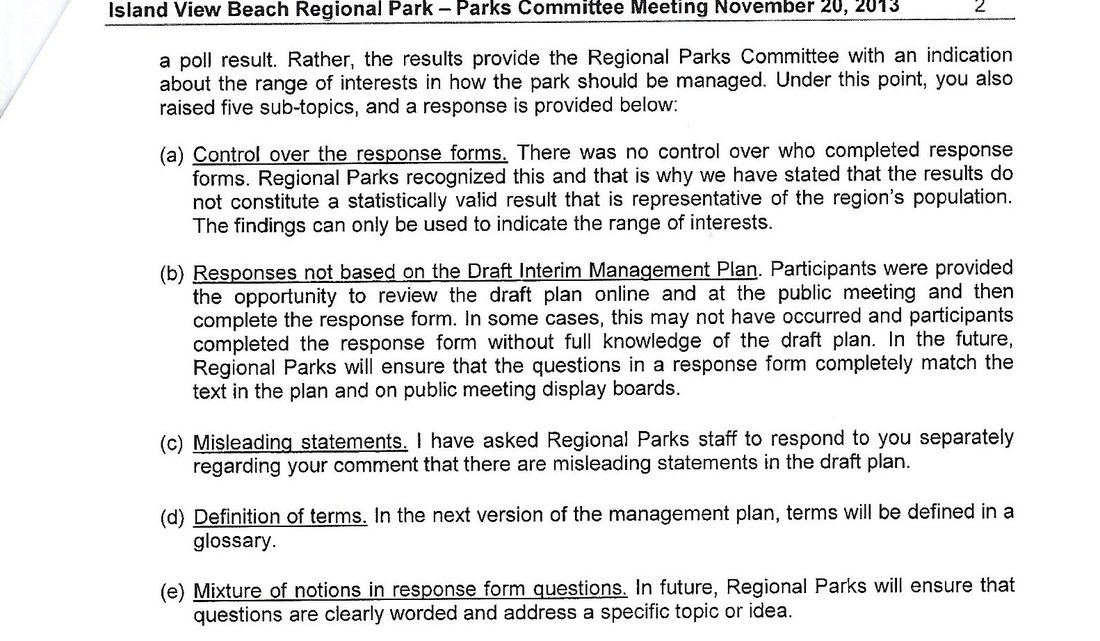 Despite the confirmation by the Chair of the CRD Regional Parks Committee on November 20, 2013 that the response forms "cannot be presented as a poll result", CRD parks staff  posted on the CRD web site for the public to be influenced by, great claims about the results from these response forms, and kept that posting for at least 4 months after being instructed not to by the Parks Committee Chair!


Following is a screen capture of the CRD web site taken March 12, 2014
https://www.crd.bc.ca/plan/planning-other-initiatives/island-view-beach-management-plan 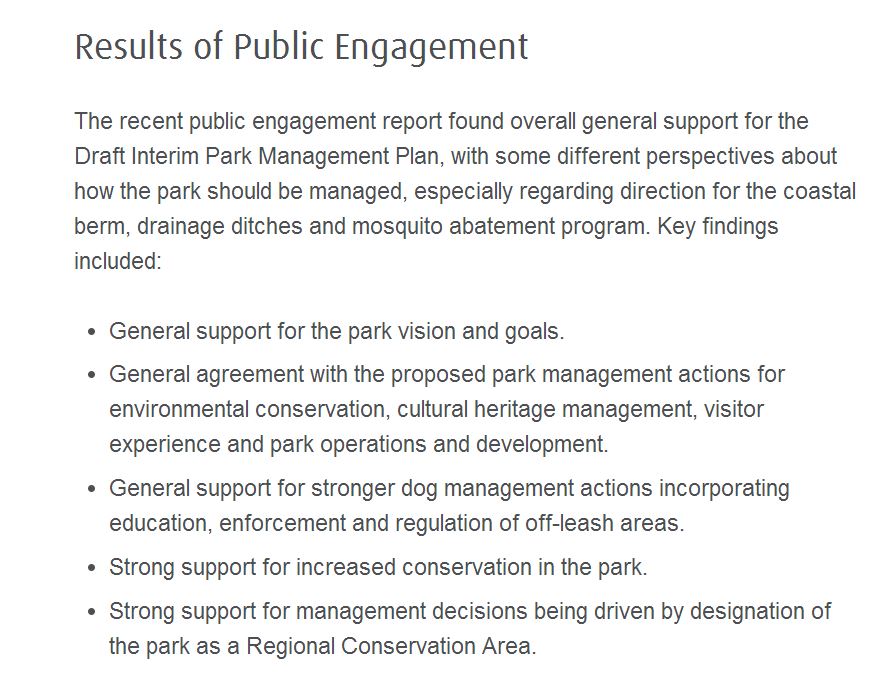